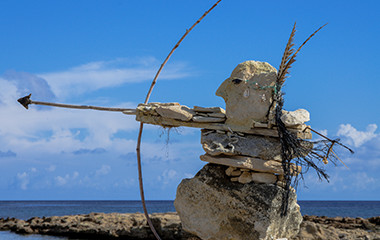 Yesterday was the 4th of July and we hope that everyone was out enjoying barbeques and fireworks with their friends and families to celebrate our country’s 240th birthday (we sure were!). Although our country is not very old by most standards, it’s history is one that is rich and storied. So, being that it is the day after America’s Independence Day, we thought archers and bowhunters might be interested in learning a little bit about America’s history with the bow and arrow. In today’s blog post by ProLine BowStrings, we’ll take a closer look at the history of archery in the United States.

By the time our founding fathers signed the Declaration of Independence in 1776, firearms had already replaced bows and arrows as the dominant weapon on western battlefields. From our history classes and from watching popular Hollywood blockbusters, most of us know that the American Revolution was largely fought with muskets, bayonets and cannons. Long before the first European colonists reached the America’s shores, however, the many Native American tribes that inhabited the continent made great use of bows and arrows as weapons for hunting and combat.

The earliest bows and arrows used by Native Americans are thought to have been developed around 500 C.E. and soon came to replace the spear as the primary weapon for hunting and combat throughout the Americas. The Native Americans made resourceful use of the materials available in their surroundings to make bows, bowstrings, and arrows. Native Americans in North America were skillful bowhunters, effectively using the bow and arrow to hunt large game species like elk, deer, and bison. Similarly, native american warriors were renowned for utilizing their archery skills in warfare against rival tribes as well as against European settlers and soldiers. As late as the 1870s, Native American warriors used bows and arrows to fight against American settlers and U.S. cavalry in the west.

In the early 20th century, long after its decline as a tool for hunting and warfare, archery experienced a revival in the United States after the discovery of a native Yahi tribesman named Ishi was found hiding out in the California wilderness in 1911. Ishi imparted is knowledge of crafting and using bows and arrows onto his doctor, Saxton Pope, who became largely responsible for popularizing among the American public in the 20th century.

Today, recreational archery and bowhunting are thriving in the U.S., and a wide array of archery equipment and supplies are commonly carried at hunting and outdoor stores across the country. Archery ranges and archery clubs can be found all over the U.S., and in 2013 an estimated 8 percent (18.9 million) of all Americans aged 18 and over participated in archery or bowhunting.

ProLine BowStrings is an industry leader in bowstring construction and innovation. 100% of all our bowstrings are manufactured here in the U.S.A. out of the highest quality blended fiber BCY X Material.