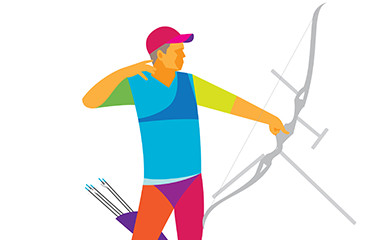 All Your Questions About Bowstrings Answered

To the uninitiated, bowstrings may seem like fairly simple and unremarkable pieces of string, however, the production of modern-day bowstrings is a highly complex process designed to maximize the performance of the bow and arrow weapon system. As an industry leader in bowstring production, we thought we should answer some of the most commonly-asked questions about archery equipment in general and bowstrings in particular. If you are interested in learning more about your archery equipment, this might be an informative blog for you. In today’s blog posting by ProLine BowStrings, we’ll get into some of the most frequently-asked questions about bows and bowstrings.

A great place to start the conversation is explaining exactly what a bowstring is and what it does. A bowstring, to put it quite simply, is a long, elastic length of twisted fiber that connects the two ends of a bowstring. A drawn bowstring provides the kinetic energy used to propel an arrow downrange towards its target.

Are there different types of bowstrings?

Absolutely. Bowstring evolution has come a long way since the first bows and arrows were made during the late stone age. Over the millennia, many different materials and construction methods have been used to construct bowstrings. Some of the most basic types of bowstrings are:

What kind of materials are bowstrings made out of?

As previously mentioned, the materials and techniques used to manufacture bowstrings have changed greatly over time. The earliest bowstrings were made of animal fibers like sinew and rawhide, and plant fibers like hemp and linen. Modern bowstrings are constructed out of extremely strong and lightweight synthetic materials like polyester, liquid crystal polymers, and ultra-high-molecular-weight polyethylenes. These materials are lighter, stronger, and more resistant to water than their natural predecessors. ProLine BowStrings are made of blended BCY fibers known as 452X or BCY “X Material” which gives unmatched strength and performance.

ProLine BowStrings offers state-of-the-art bowstrings made from strong, lightweight blended fibers that are twisted, tensioned, and served to the highest standards. All our bowstrings are made in the U.S.A.