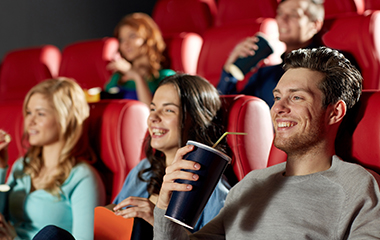 As far as action poses go, few are as photogenic as the pre-release of an archer drawing his (or her) bow. Perhaps that might explain the popularity of bow-wielding characters in so many Hollywood films throughout the decades. From Robin Hood to Rambo (spoiler alert!!!), the silver screen has featured more than its fair share of archers despite the fact that archery has largely fallen out of fashion as a weapon of war––if not for hunting.

Without further adieu, here are 8 of the most recognizable archers from Hollywood movies.

Katniss Everdeen, played by the stunning Jennifer Lawrence in the Hunger Games quadrilogy, is one hell of a shot with a bow. From defending her tribe to hunting, Katniss exhibits hers skills as an archer and can possibly take credit for a recent upsurge in the popularity of archery among the younger generation.

2. Legolas Greenleaf (The Lord of the Rings / The Hobbit movies)

Legolas Greenleaf, the bow-wielding elf from the J.R. Tolkien’s The Lord of the Rings and The Hobbit series is another fictional archer one might be best advised not to mess with. Played by internationally-recognized pretty boy Orlando Bloom, Legolas is certainly a memorable character for anyone who is a fan of The Lord of the Rings series.

Neytiri, the heroine of the 2009 blockbuster Avatar, uses her prowess with the bow to defend Pandora and it’s indigenous race of Na’avi humanoids against the invading human conquerors. Her skills with the bow come in handy as she saves the movie’s protagonist, Jake Scully, from being killed by the film’s villain.

Mathayus the Scorpion King wields a bow that has the knockdown power of a cannon in the The Scorpion King. Then again, would you expect anything less out of a piece of archery equipment wielded by a guy played by the hulking Dwayne “The Rock” Johnson?

Played by beautiful Jessica Biel, Abigail Whistler from Blade: Trinity uses her stealth, agility, and, of course, expert bowhunting skills, to slay her enemies in this action film.

Hawkeye, from the 2012 marvel comic inspired film The Avengers is a spy with expert marksmanship abilities with a bow. He was played by Jeremy Renner.

Of course, one cannot talk about iconic Hollywood archers without mentioning John Rambo. This modern bow-wielding action hero played by none other than Sylvester Stallone is the only character on this list who downed a helicopter with a bow and arrow. Now, that’s impressive!

Last, but most certainly not least by a long shot, is the legendary Robin Hood. Hopefully needing no further introduction, this medieval English folk hero has been reincarnated numerous times over the past century on the big screen by the likes of Brian Bedford, Kevin Costner, Russell Crowe, and Cary Elwes. He is famous for his marksmanship with the bow and arrow.

Archery Supplies for the Rest of Us

You don’t have to be a Hollywood movie star to get your hands on state-of-the art bowhunting and archery equipment. ProLine BowStrings offers a wide selection of high-quality custom bowstrings, archery supplies, and accessories for the everyday recreational archer and bowhunter.